Where the nightingales are singing

Registration Num: 00000593156 tel 00306979517834 email: panikas@otenet.gr .One of the most beautiful villages of Kavala with an altitude of 199 meters, 28 km from Kavala 30 km from the fantastic sea of ​​Nea Peramos, 8 km from the best mud baths in the Balkans, mud path of Krinides, 6.2 km from the ancient theater of Philippi and just next to caves with cryptographies of thousands of years. The house has 2 levels 1st floor and attic.In the attic can sleep 4 persons and 4 down in the main space.

One of the most beautiful villages of Kavala with an altitude of 199 meters, 28 km from Kavala 30 km from the fantastic sea of ​​Nea Peramos, 8 km from the best mud baths in the Balkans, mud path of Krinides, 6.2 km from the ancient theater of Philippi and just next to caves with cryptographies of thousands of years. The house has 2 levels 1st floor and attic.In the attic can sleep 3 persons and 4 down in the main space.There are large balcony veranda with wonderful view Kitchen dishwasher, wifi internet, fridge, TV with terrestrial and satellite channels, large fenced yard, great barbecue, you are in nature and everything is close to you !!! There is private parking in the courtyard for 2 cars.All the house and yard are 100% yours.I will always be available for anything I need to be near you.There are stairs both outside and inside the house to the attic.The nearest house in 50 meters !! you will have real peace and privacy.The attic can sleep 4 people and 4 down the main room.There is a large balcony veranda with a wonderful view Kitchen dishwasher, wifi internet, refrigerator, TV with terrestrial and satellite channels, large fenced yard, large barbecue, you are in nature and everything is near you !!! There is a private courtyard parking for 2 cars. The house is a cottage in the village with its tranquility but so close to two major cities Kavala and Drama. The house has a fenced area with chickens there will be food available to feed them and every day you get fresh rural eggs for a delicious healthy breakfast meal Also you can get fresh fruit and vegetables tomatoes cucumbers aubergines peppers corn from the garden just have to water a few times ... do not forget ... Live in a village !!! . Our name is not accidental the house you find in a place where all day you hear the sweet singing of the nightdays. You are in nature for a calm and enjoyable vacation and with your car the best beaches of Kavala are about 20 minutes. The area is fenced , so if you have pets you can have them without fear freely in the big yard. In the hunting season the house is very close to good hunting grounds, with the plain low with quail and turtles and the mountain from behind with woodcocks.The reputed throughout Europe Krinides mud baths are 5 minutes away by car.

MUD THERAPY The mechanism of action of the clay from Krinides during the treatment, is rather complex and complicated and is based on the use of "mature" clay. Application of the clay may be total or partial, by immersion of the body in it or by applying clay on it. HAMMAM BATHS Discover the benefits of a steam room, surrender to the curative properties of steam and gain energy and wellbeing. By using the hammam you can experience its beneficial effect on the skin as the pores open and the dead cells are removed. In addition, it offers physical relaxation by creating a nice sensatio MASSAGE Revitalize your soul and body, by enjoying a relaxing massage in our renovated space. Massage not only leads to relaxation but is also an alternative solution for pain. Many of the massage techniques help to relieve headache, improve sleep, reduce stress, improve blood circulation giving wellness to the body. The historical origin of Philippi, the most important archaeological site of Kavala and the whole of Eastern Macedonia, dates from 360/359 BC, when settlers from Thassos, headed by the exiled Athenian politician Kallistratos, founded Krinides. The Thaasites attracted the fertile land and the rich gold deposits of the region. At 356 BC The residents of Krinides were threatened by the Thracians and asked for his help Philip B, father of Alexander the Great. He, seeing the strategic position and economic the importance of the city, rushed to help them. She captured and settled with me Macedonians the city fortified it and renamed it to Philippi. In a town with the monumental walls and the theater Philip installed a basilica mint, in order to capitalize on the gold deposits of the region. In the 4th century BC a great work was done, the drainage of them members of the region. The testimonies for the Hellenistic and the Early Roman epoch is minimal. It seems, however, that the population of the city gradually decreased. After the battle of Philippi (42 BC) Octavian and Anthony defeated Brutus and Cassius, the city became a Roman colony and became very important due to its location on Egnatia Odos. In 49/50 AD the Apostle Paul visited them Philippi and founded the first Christian church in Europe, which made the settlement a metropolis of Christianity. According to them Byzantine Times the Philippi suffered from the barbaric raids. In the 10th century the city walls were rebuilt and the towers were built and the wall of the acropolis. The city gradually declined after the 12th century. The excavation research at Philippi began with the French Archaeological School in 1914. The most important monuments and architectural archaeological sites include the walls and the Acropolis, theater (here performances of ancient drama, concerts and dance performances at the Philippi - Thassos Festival), the forum, the palaestra, his "prison Apostle Paul "(in this area, according to tradition, Paul was imprisoned), Basilica I (great three-aisled basilica of the end of the 5th century), Basilica II (three-aisled basilica dated around 550), Basilica C three-aisled basilica of the 6th century, near in the Archaeological Museum), the Vassiliki D (cemetery early Christian basilica outside the walls) and the Octagon (a large octagonal temple with three building blocks phases). The renovated Archaeological Museum of Philippi includes findings from Prehistoric times from the wider region and exhibits from the city of Philippi (Hellenistic, Roman and Early Christian period). Just a short distance from the archaeological site of Philippi, in a region with extensive crops of grain and beet, spreads the modern town of Krinides, known for its muddy mud (healing clay). To the east of Krinides there is the monument of C. Vibius Quartus, a Roman official, and the prehistoric settlement Dikili Ta (Megalo Lithari), with relics dating from the Middle Neolithic to the Early Iron Age.Guests of Philippi and Krinidon have the opportunity to discover another important monument in the village of Lydia, the baptistery of Saint Lydia. Lydia Philippiasia, which originated in the Thyatira of Asia Minor and dwelt in Philippi, was converted by Apostle Paul in Christianity and was the first Christian in Europe. Finally, at the foot of the mountainous area of Lebanon, in the area between the village of Philippi and Kryoneri, prehistoric rock paintings 5.000 bc 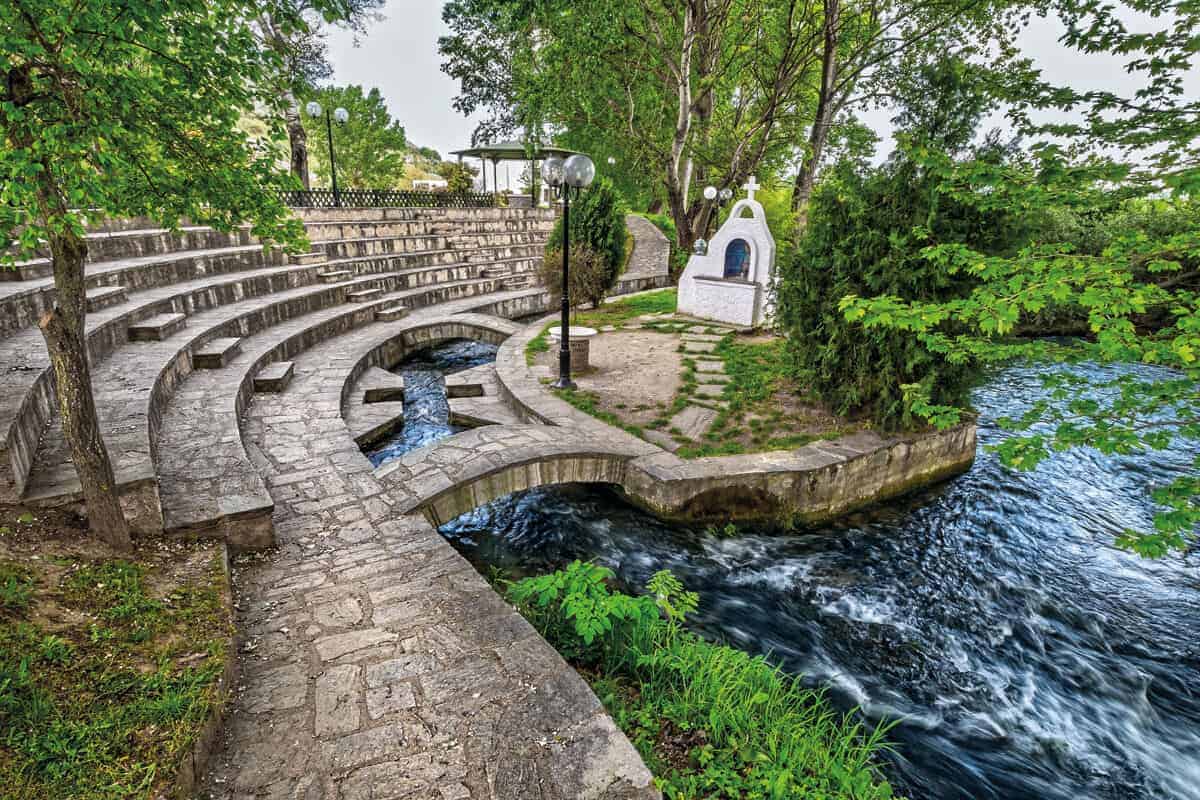 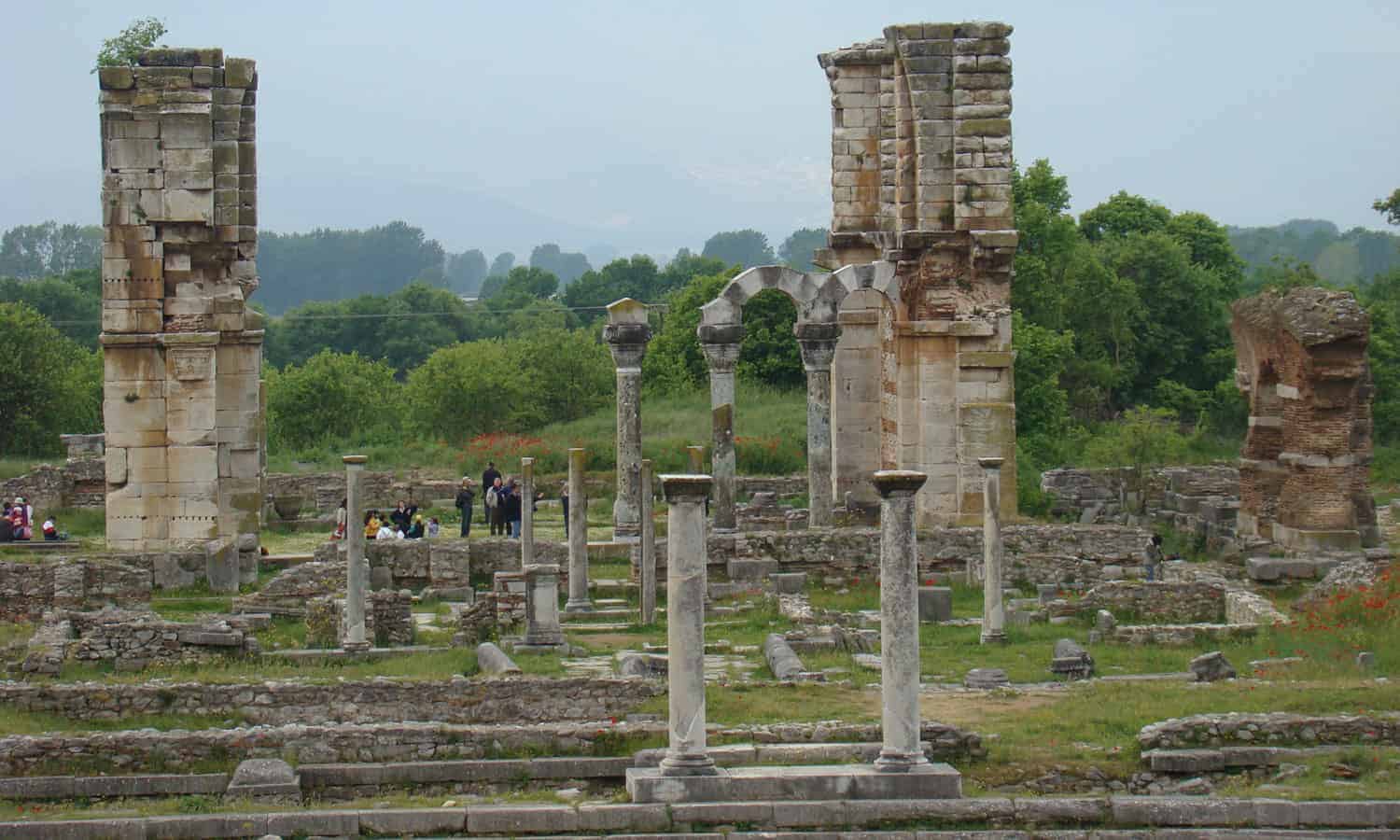 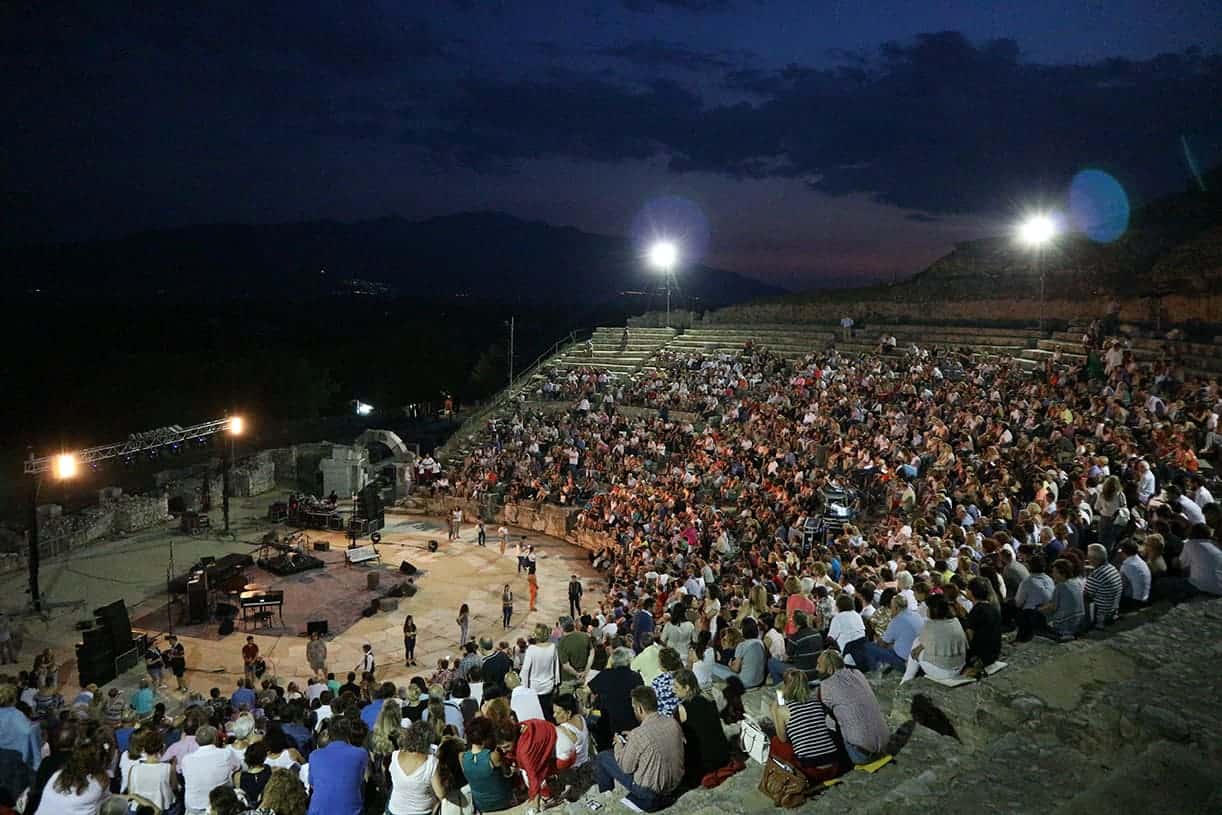 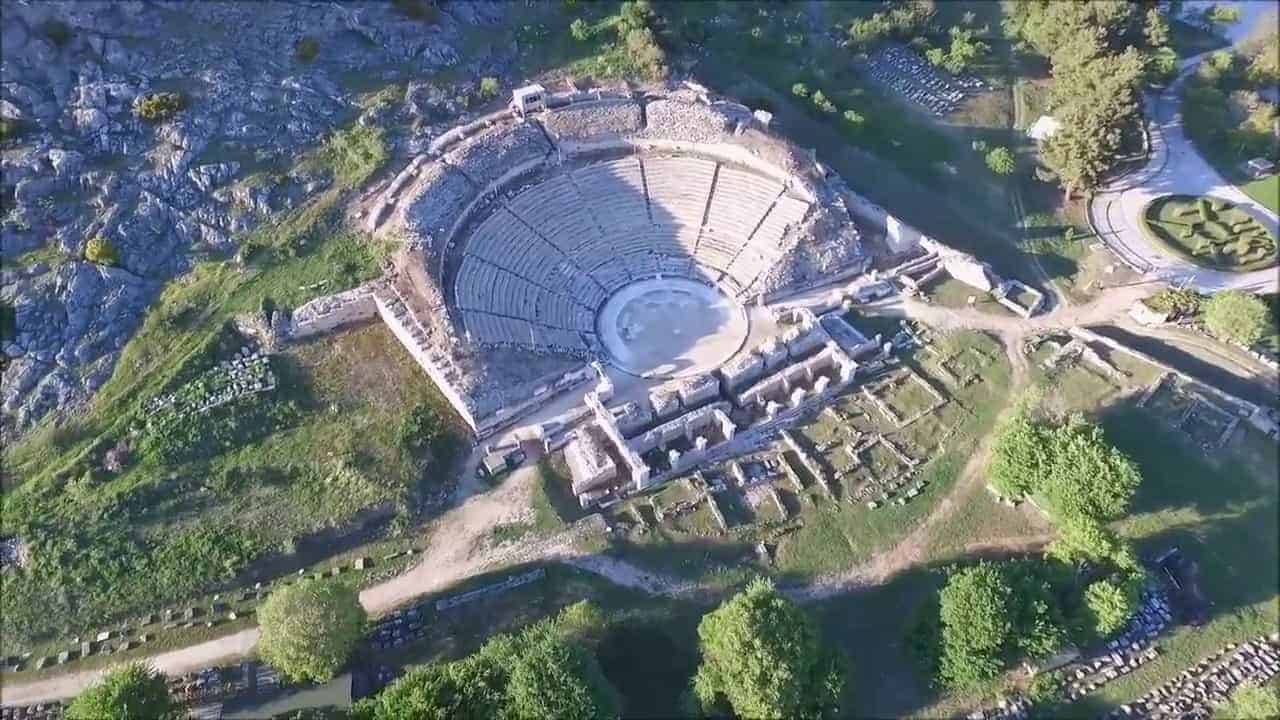 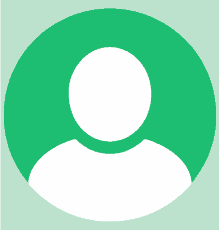 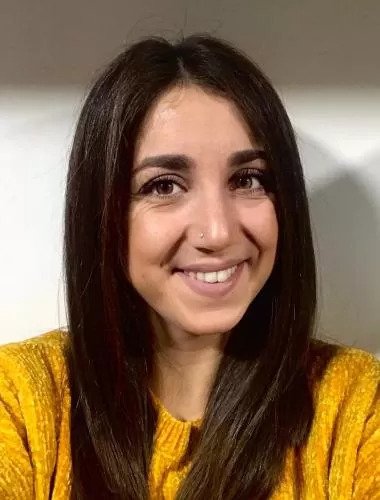 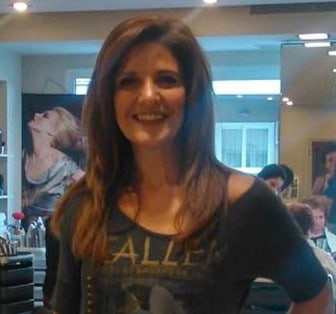 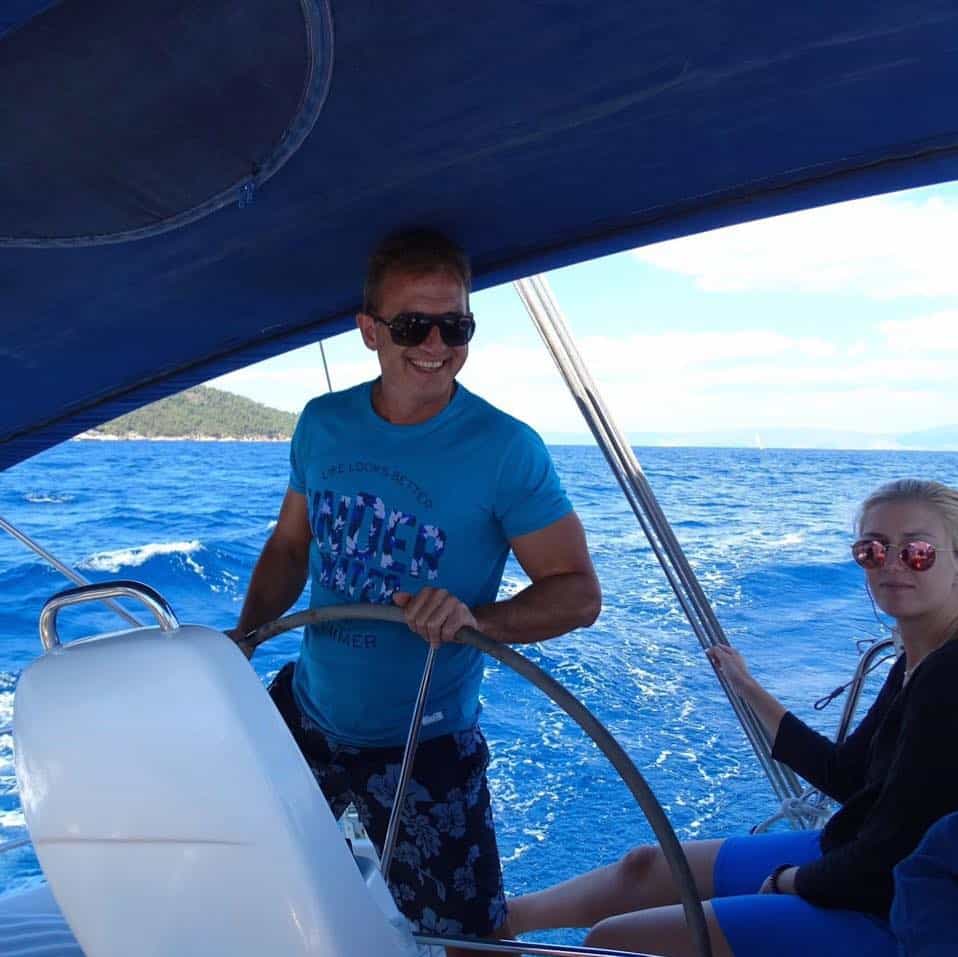 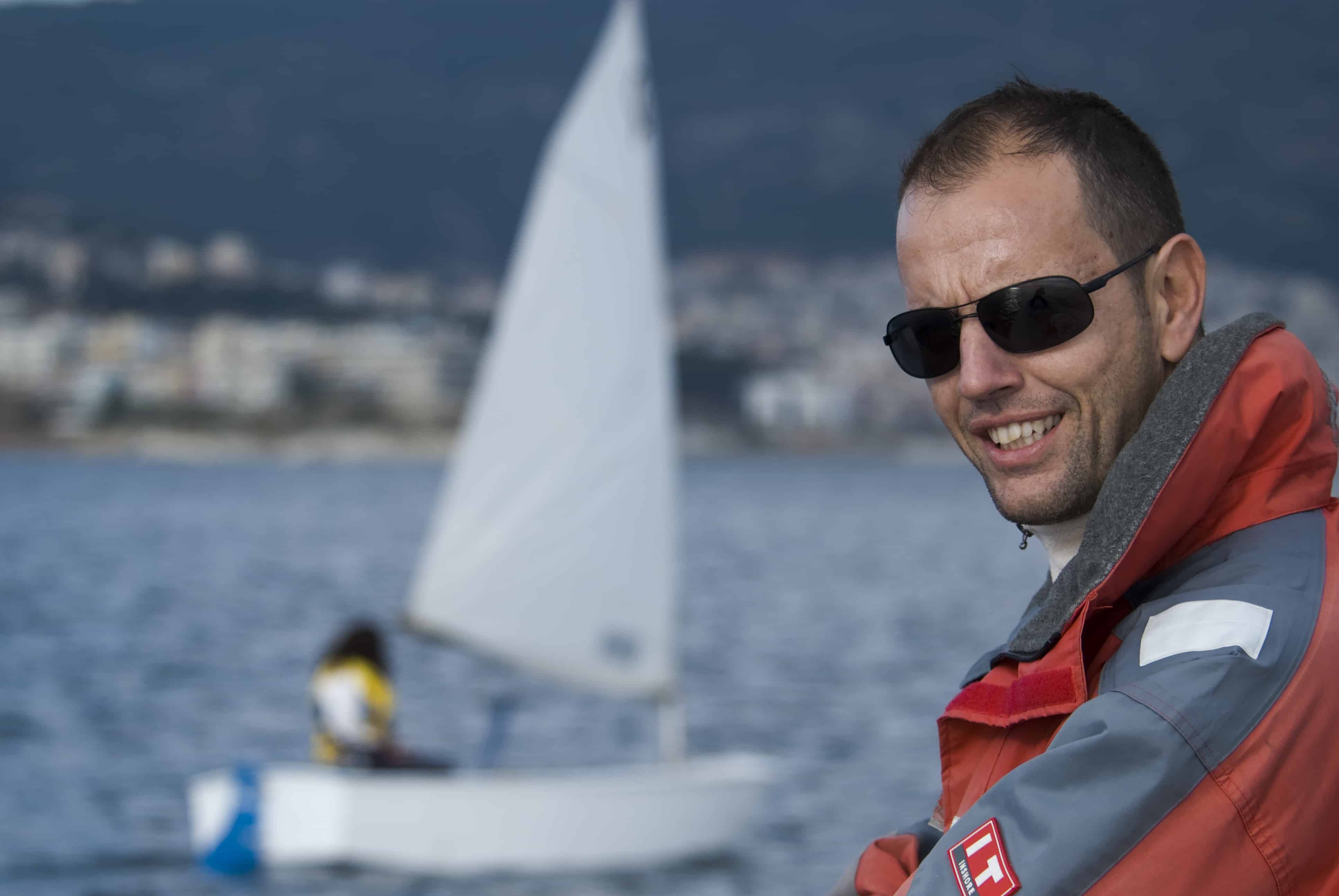